"Hidden amidst the restored buildings of New York’s South Street Seaport, the concept behind the salon is Tim Burton meets Coco Chanel, with a dash of Pepper. The latter being the namesake of hairstylist Pepper Pastor, a contradiction herself being the heavily tattooed sophisticate. The salon channels classic Hollywood with a dash of modern noir and leaves no detail untouched." 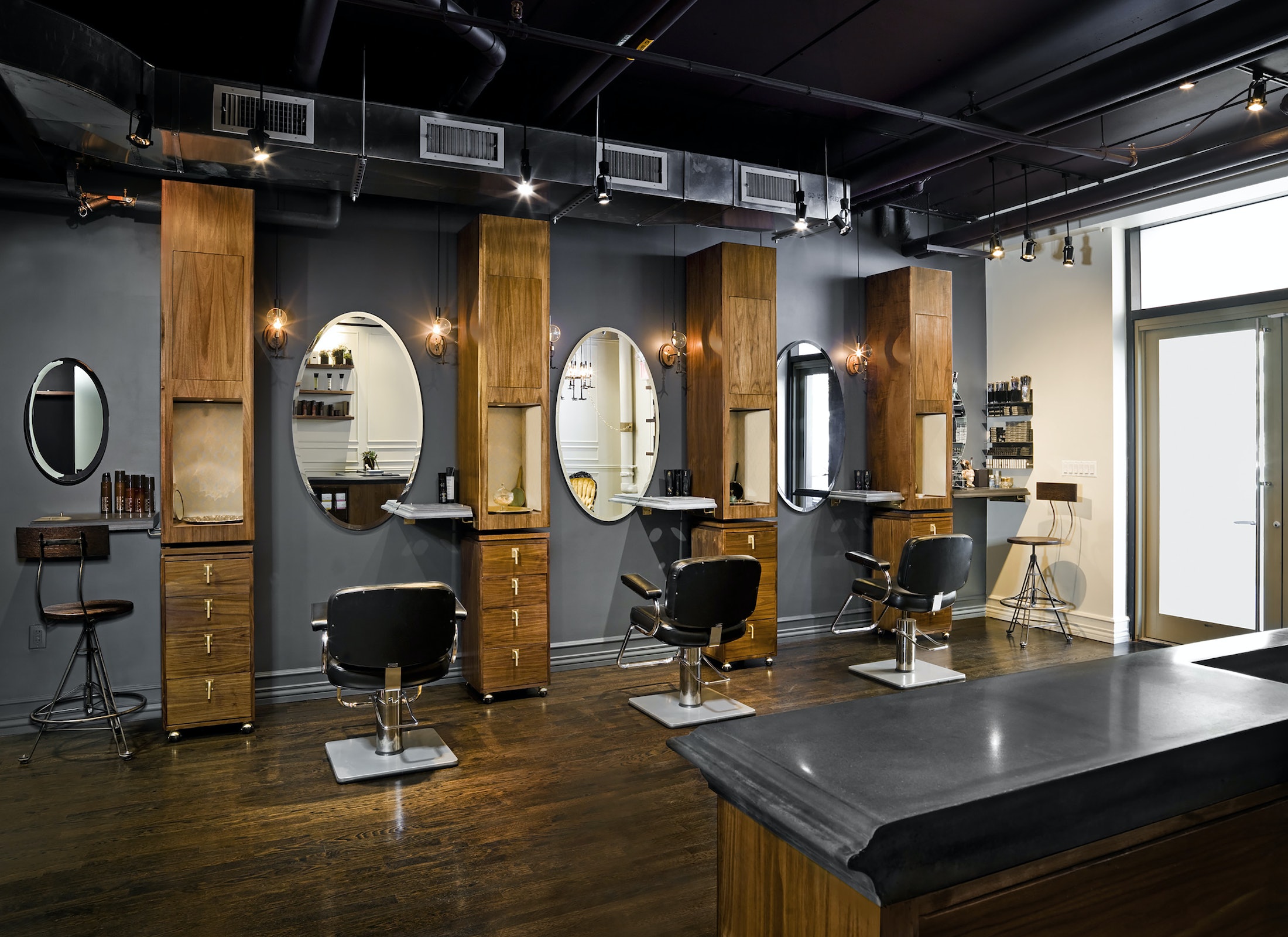 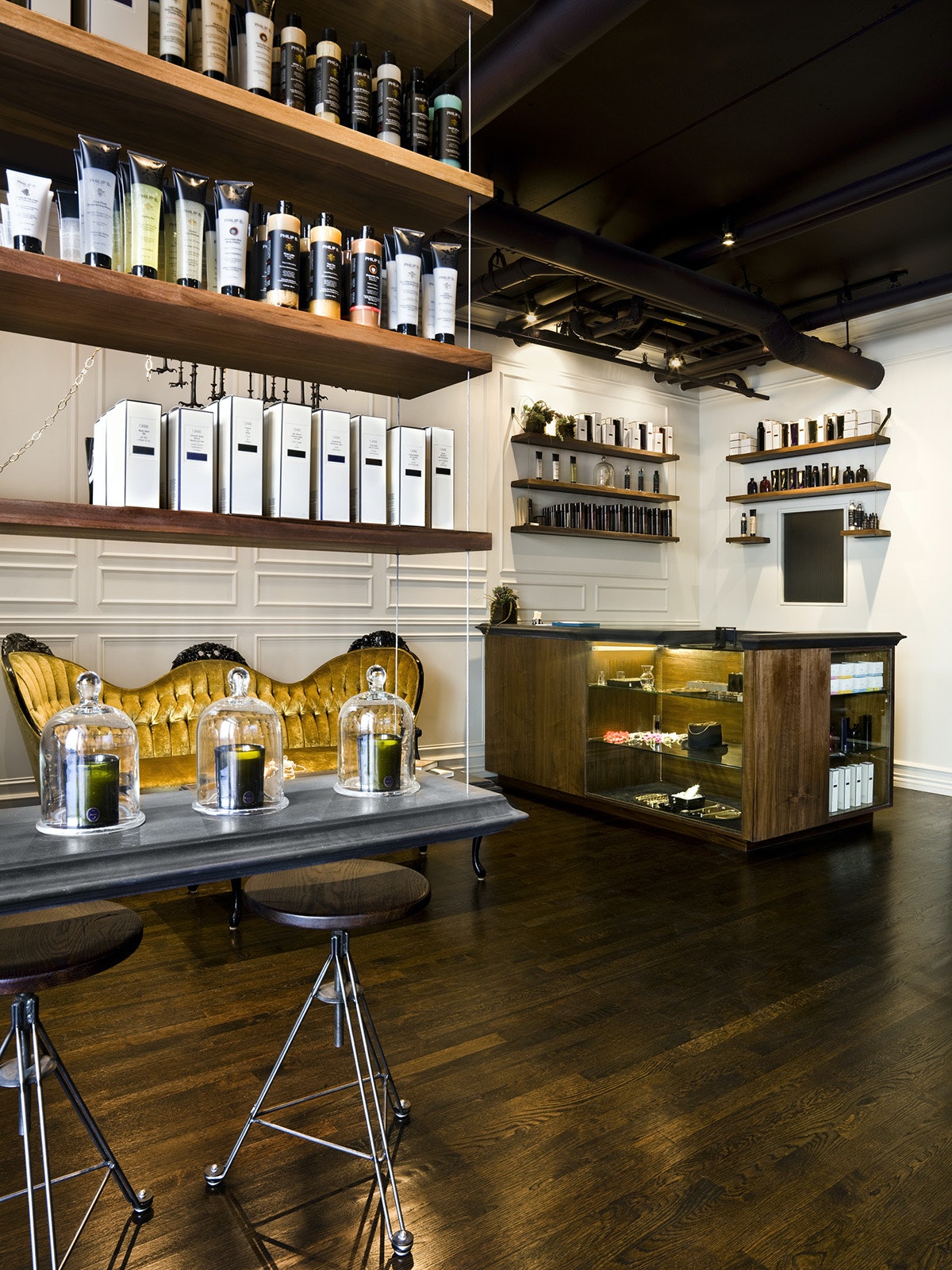 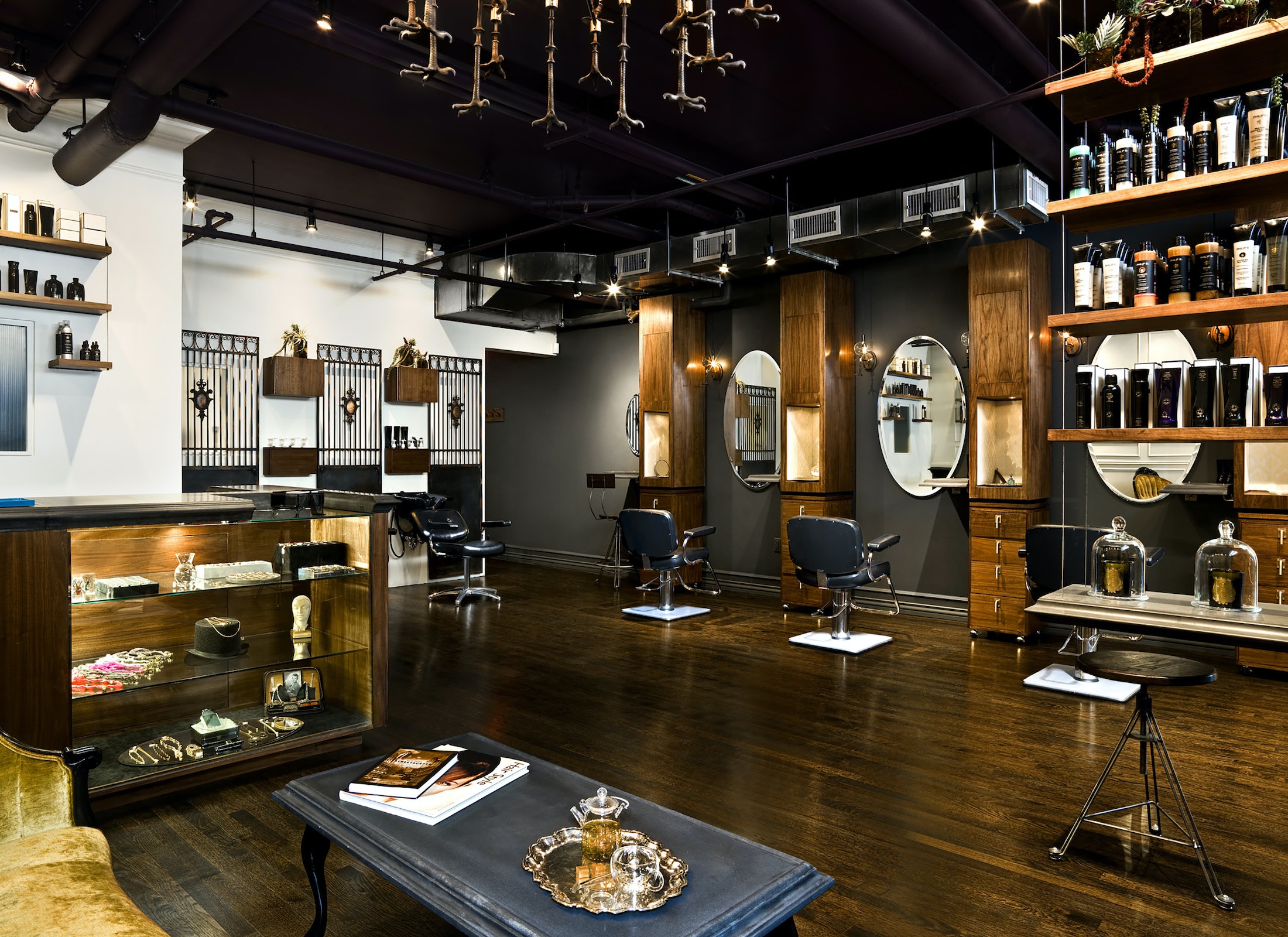 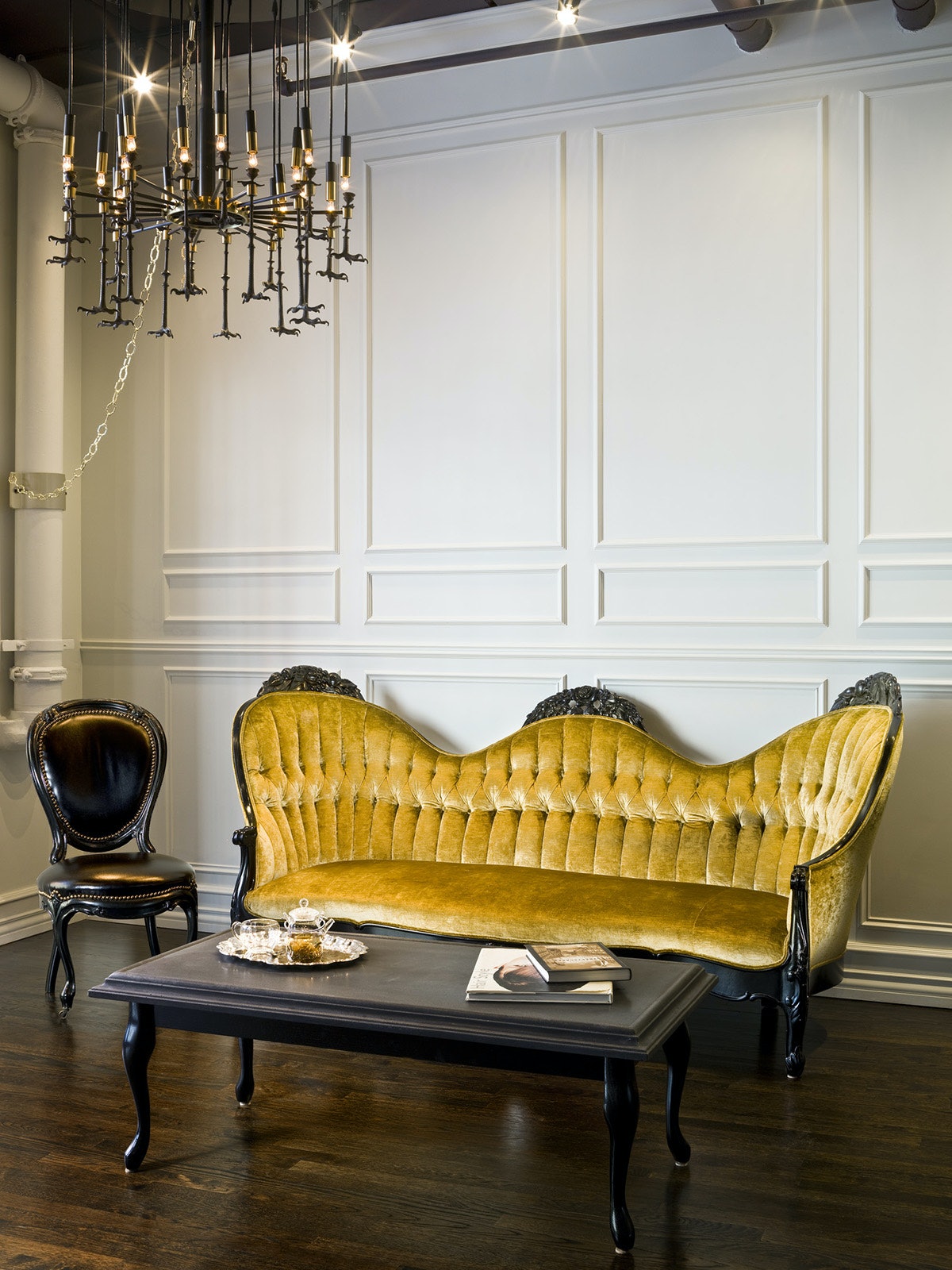 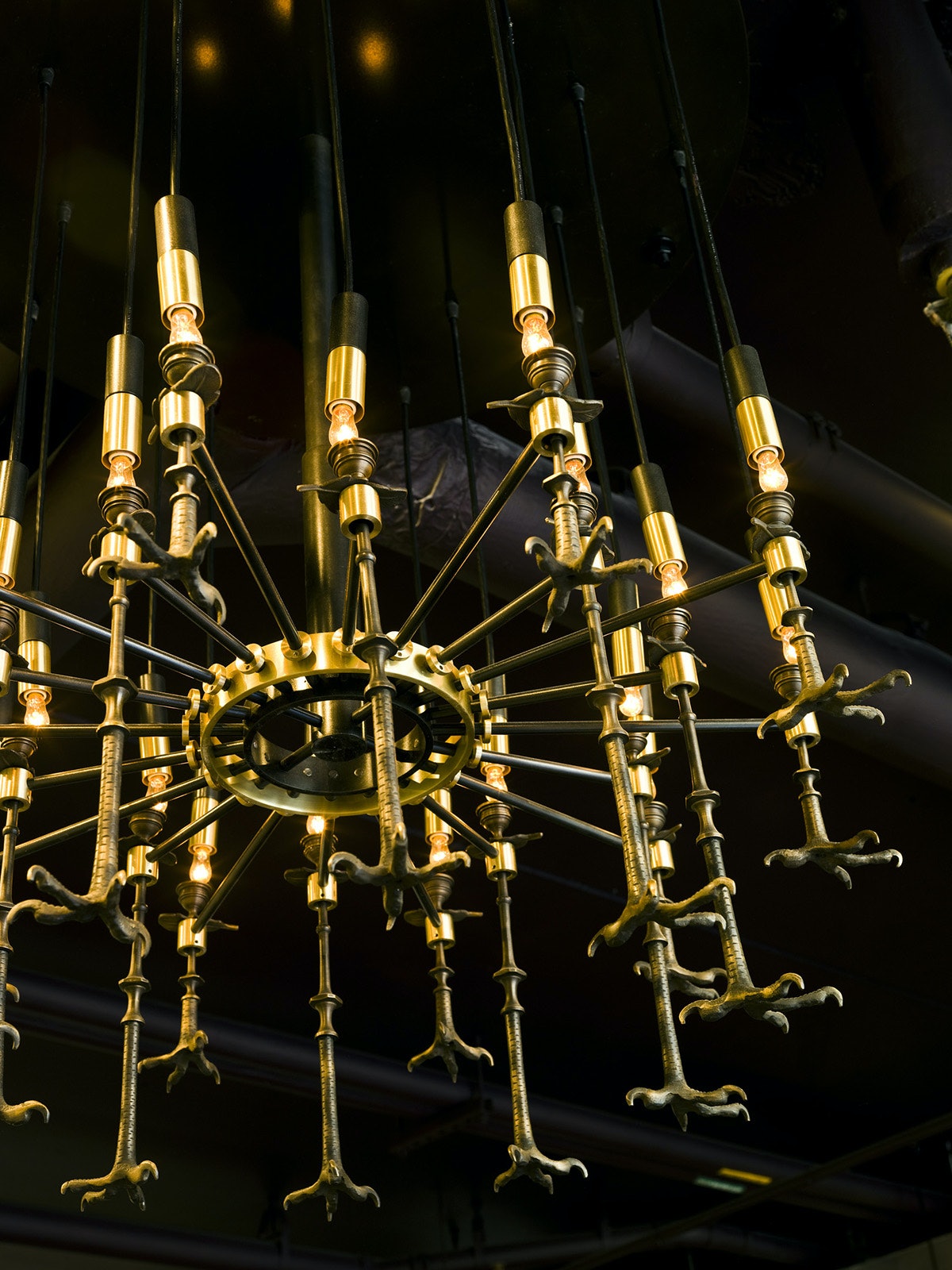 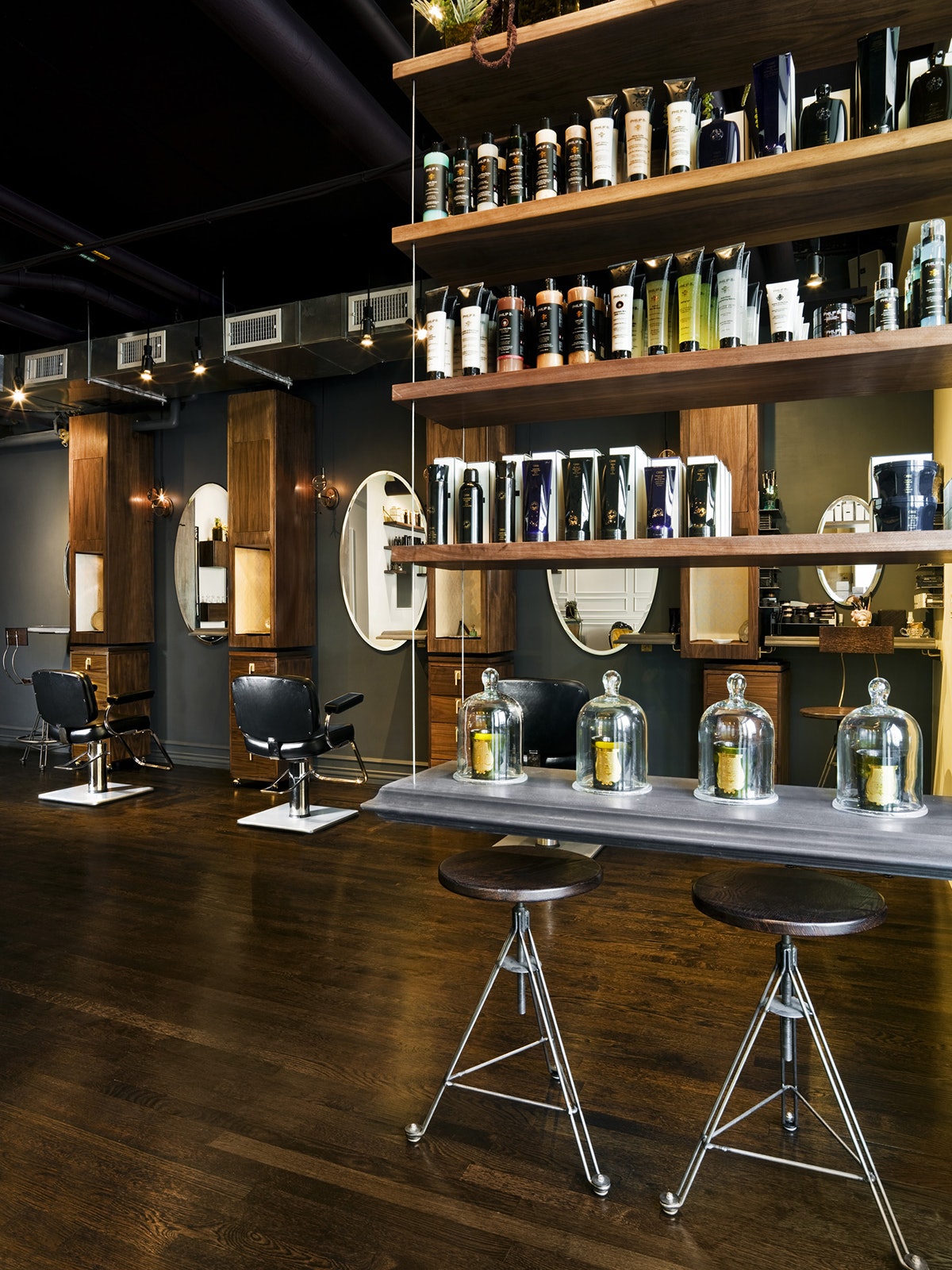